What do we know about the prehistory of languages and cultures in areas, such as Northern Europe that do not have written documents or large extinct cities? For decades, archaeology and linguistics, two disciplines weaving together multiple interdisciplinary aspects have fostered a dialogue focusing on cultural and linguistic networks, mobility and contacts between people. This book sheds new light on cultural diffusion and language change in prehistoric Northern Europe with special emphasis on the northern Baltic Sea area. The rise of agriculture, identification of new cultural waves in terms of language are topics that outline the early prehistory in the North. The book contains twelve articles by linguists and archaeologists, evidence drawn from various Finno-Ugric and Indo-European languages, and up-to-date insights into the research of prehistoric Northern Europe.

Charlotte Damm: From Entities to Interaction: Replacing pots and people with networks of transmission [PDF]

Asko Parpola: Formation of the Indo-European and Uralic (Finno-Ugric) language families in the light of archaeology: Revised and integrated 'total' correlations [PDF]

Santeri Junttila: The prehistoric context of the oldest contacts between Baltic and Finnic languages [PDF]

Willem Vermeer: Why Baba-Yaga? Substratal phonetics and restoration of velars subject to the Progressive Palatalization in Russian/Belorussian and adjacent areas (appr. 600–900 CE) [PDF] 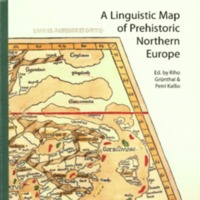