A woman and her son live by the Willowy River. Despite the woman’s warnings, the boy wanders away from the camp and arrives at an iron swing. Another woman arrives at the swing and persuades the boy to go to a tent, where a man, a woman, and their daughter are living. The boy and girl are sleeping side by side and during the night, the girl disappears.

The boy leaves to find her. He jumps through the back of the tent to the bottom of the simzi pole into the underworld. He arrives at the seven tents, but refuses to eat. Leaves the tent, walks and arrives at a hill with its peak smoking. The boy peeks into the hill through the hole where the smoke is coming from. He sees a family with a girl. He turns into a hazel grouse, and flies into the tent. Inside the tent, he burns himself and flies as a spark to the girl’s breast. The boy leaves the tent.

The people in the tent want to clear up what happened during the night. They call the old man Wеxelya to perform a shamanic ritual. The old man does this several times, each time losing some of his limbs. In the end, he has only his head left. The old man Wеxelya orders an offering be made, so that the spirit that ripped his limbs away would show himself. The offering is made, and the spirit, which turns out to be the boy, shows himself.

The boy brings back what he had taken, marries the girl, and lives a while in the tent. Eventually, he wants to leave, but first wants to know his fate. The old man Wеxelya performs a shamanic ritual, and advises the boy. The boy goes back home, arrives at the iron swing, and finds his mother. The mother dies. The boy begins to live at his home. 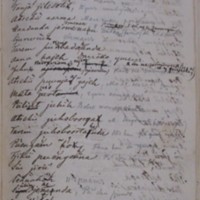 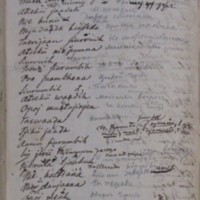 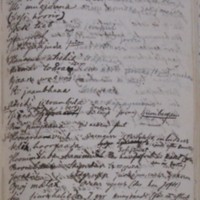 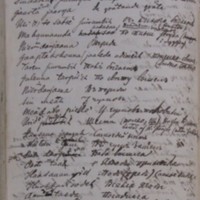 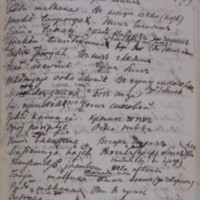 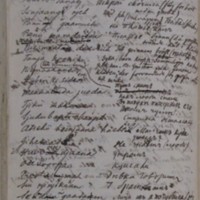 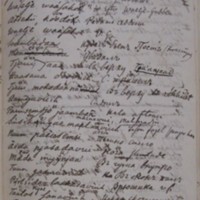 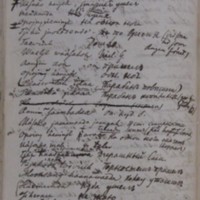 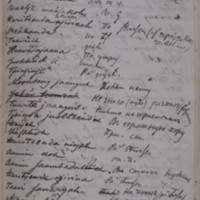 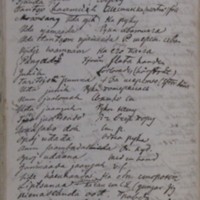 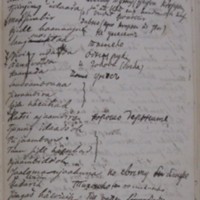 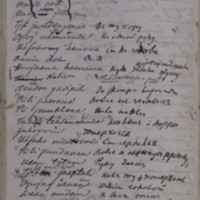 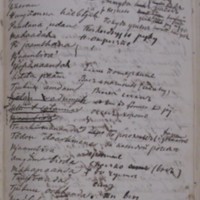 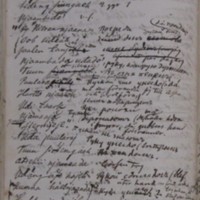 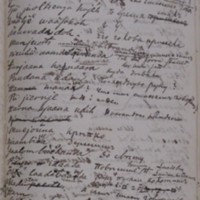 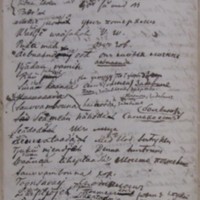 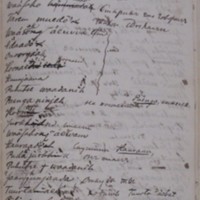 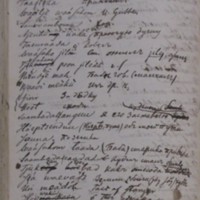 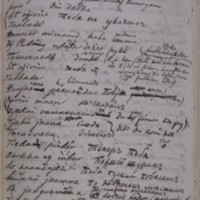 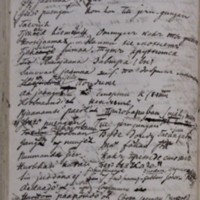