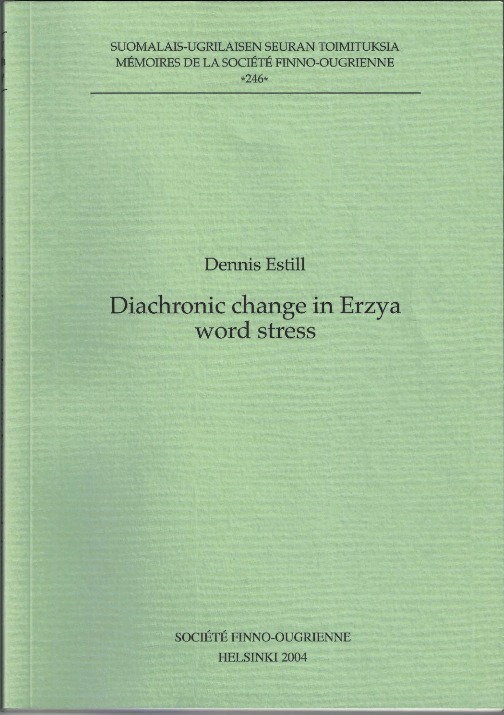 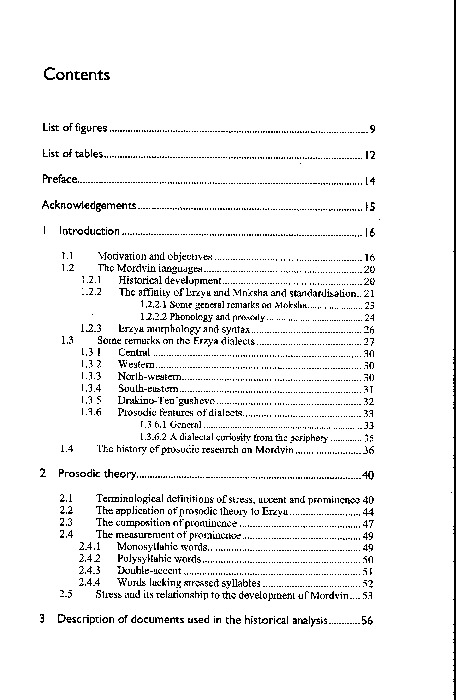 Mordvin is a Finno-Ugrian language pair that is considered to be more closely related to the Saami and Finnic groups than any other language. Nevertheless, Erzya-Mordvin has word stress that does not conform to any previously described system, and which cannot be categorised as either fixed or free stress in the conventional meanings of these terms. No comprehensive diachronic description of Erzya word stress has yet been published. In investigating word stress in Erzya the historical analysis in this study has been based on documentary evidence extant from the late 18th century, specifically the Damaskin Dictionaries commissioned for Catherine the Great and a short catechism, both of which documents are marked for word stress, and the modern state of word stress has been determined using auditory and acoustic methods. For the present day analyses modern material was supplemented, for comparison purposes, with extracts from the Damaskin Dictionaries and the Short Catechism. F or the interim period reference has been made to the work of Heikki Paasonen, collected approximately 100 years ago. The results have shown that (1) word stress in Erzya was and is based on the speaker's individual preferences, (2) speakers generally prefer to stress the initial syllable today whereas 200 years ago the second syllable was usua11y stressed, (3) Moksha has probably undergone a similar development, (4) Mordvin cannot be convincingly used to support theories of initial stress in Proto- Finno- Ugrian, and (5) in modern Erzya, contrary to what is generally considered of most other languages, it is intensity when combined with duration rather than fundamental frequency that seems to be the main acoustic parameter of word stress.