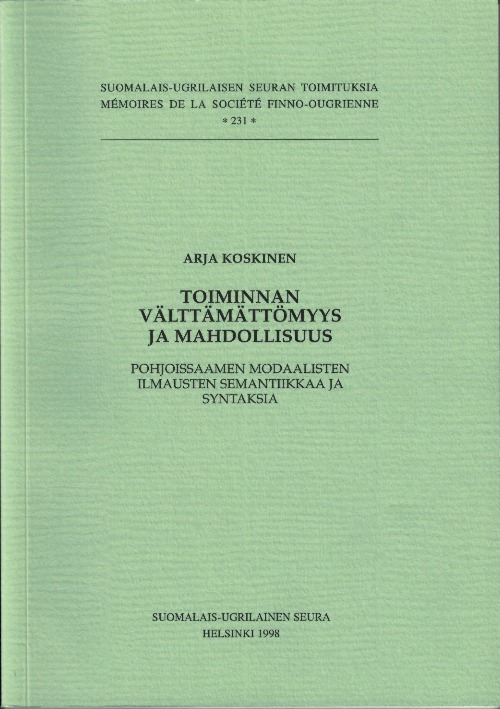 The Necessity and Possibility of Action. The Semantics and Syntax of Modal Expressions in Northern Saami

The primary goal of this research is to make a description of the modal field in Northern Saami, restricted to the so-called modality of action. The research is based on the semantic definition of modality, though tightly linked to the syntactic structure of the modal expressions. The linguistic elements in Northern Saami – lexical, morphological and syntactic elements – are analyzed in relation to the semantic categories of obligation, necessity, will, permission and ability, covering both the semantic and syntactic features of the elements.

It is also focused on the development of Northern Saami with regard to time and language contacts. The time aspect deals with the differences in the modal field when comparing old and modern written texts. In addition to time, a central role in the language change is played by language contacts: the research shows how contacts with the majority language have influenced the Northern Saami language in Norway and in Finland. Some remarks on the development of modal meanings and the grammaticalization process are also made.