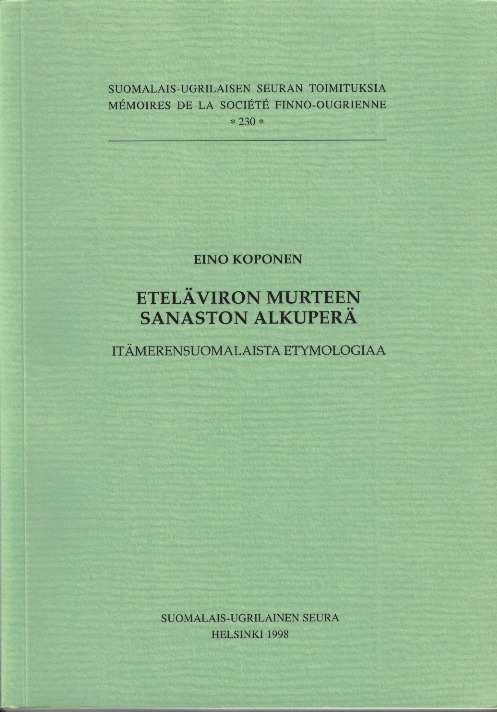 The Origin of Vocabulary in the South Estonian Dialect. Finnic Etymology

The purpose of this research is to provide an etymological inventory of the vocabulary characteristic of the South Estonian dialect and to shed light on the historical dialectological status of this Finnic dialect. At the same time thought is given to basic issues of Finnic etymology and word formation, especially the appearance of new indigenous (basic) word stems.

The vocabulary collection of Estonian dialects at the Estonian Language Institute has provided the basic material for this study. Approximately 4.5 % of the total basic computerized material was sifted out to create the data base of 3,295 keywords used in this study. This data base omits vocabulary elements particular to North Estonian or with extremely limited distribution. With the aid of the formula developed for this sifting it is possible to calculate the geographical distribution of each keyword.