An Official Status for Minority Languages? A Study of State Languages in Russia's Finno-Ugric Republics. 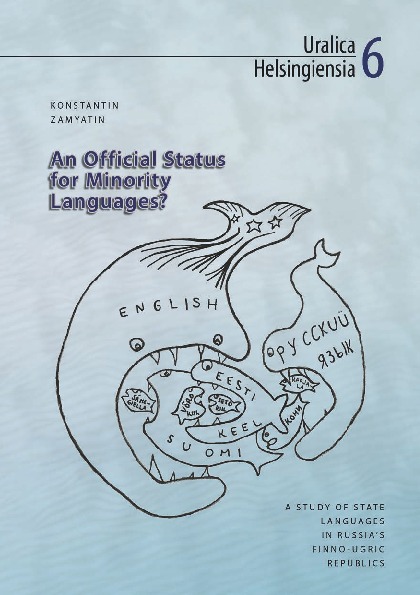 An Official Status for Minority Languages? A Study of State Languages in Russia's Finno-Ugric Republics.

This is the first comprehensive study in more than two decades that focuses on the formation of language policies in the Finno-Ugric republics. It will be of interest to scholars and students in the fields of Finno-Ugrian and Russian studies, especially to those interested in Russia's language policy as well as its nationalities policy. Moreover, the findings may pique the interest of scholars and students who study ethnicity and nationalism as well as ethnic and national dimensions in political science and law.

This contents of this book comprises the introductory part of the dissertation and its findings.