Culture, Language and Globalization among the Moldavian Csángós Today 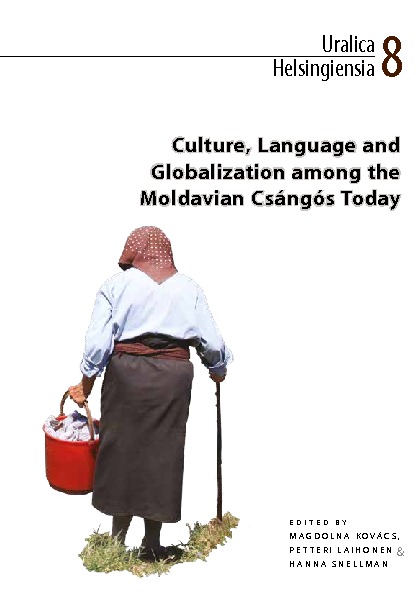 Culture, Language and Globalization among the Moldavian Csángós Today

This book examines an enigmatic group of people, the Moldavian Csángós, whose very existence as a group has been debated since the 19th century. The Csángós form a historical minority consisting of Roman Catholics that speak a Hungarian vernacular and live in an overwhelmingly Orthodox region of Moldavia in North-East Romania. Perceptions of and research on the Csángós often depict them as worthy of study due to their archaic culture and language or due to their socio-political and minority rights status as a contested group with perspective to their origins.

This volume takes a new look at the Csángós, in the era of globalization, and examines perspectives on traditional culture and bilingualism in light of postmodern and transnational opportunities and challenges. The articles in this volume include new perspectives on qualitative research of minority groups through the presentation of in-depth research on Csángós based on extensive fieldwork and first-hand accounts of contemporary conditions. This text will be of interest to scholars in cultural studies, anthropology and applied linguistics with interests in minority communities.