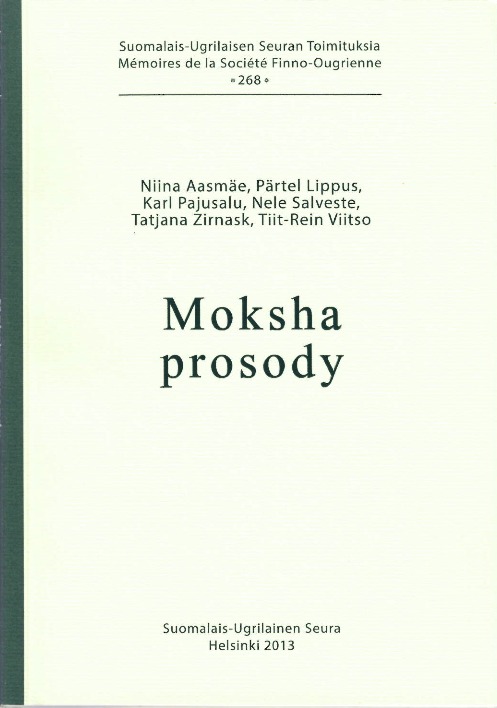 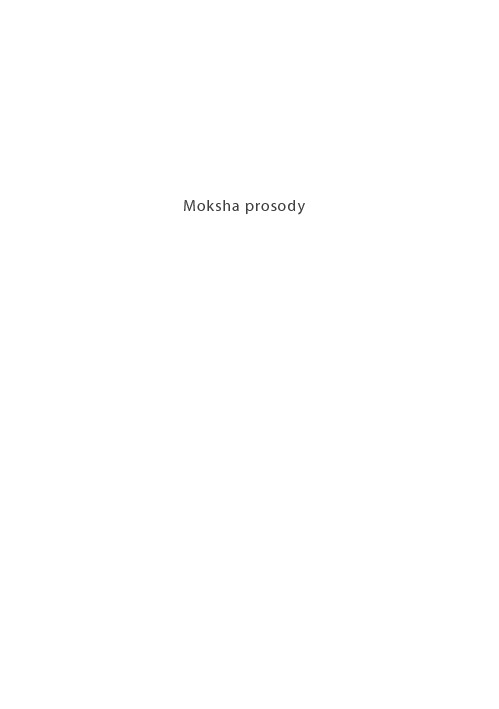 Moksha prosody is one of the four books written by the linguists of the University of Tartu who have focused on the study of prosodic features of Finno-Ugric languages in a project initiated by Ilse Lehiste (1928–2010). Ilse Lehiste, an outstanding researcher of suprasegmental features of Estonian and many other languages, was the leading author of the volumes on the word prosody of Erzya (2003; MSFOu 245), Meadow Mari (Meadow Mari prosody, Tallinn: Teaduste Akadeemia Kirjastus 2005), and Livonian (2008; MSFOu 255). She also participated in the starting phase of this study on Moksha prosody until her last days and therefore this book is dedicated to her memory.

Moksha prosody provides an acoustic analysis of data pertaining to the main prosodic features, especially of the correlates of word stress, in Moksha. The principal research questions in the book are related to the role of vowel duration and vowel quality as possible cues of stressedness. Data of fundamental frequency are used to establish the effect of higher level prosodic units upon the manifestations of word stress. The analysis is based on the materials of Central Moksha dialects (the prototype of the literary language) recorded in four localities of the Atyuryevo, Kovylkino, Krasnoslobodsk, and Temnikov regions. The description of the framework of the present experimental investigation and of its results is preceded by an overview of the earlier findings concerning the segmental structure and the prosody of Moksha. Several appendices provided in this book contain a map of the Moksha dialects, a list of test words, and sets of additional data obtained in the acoustic analyses.